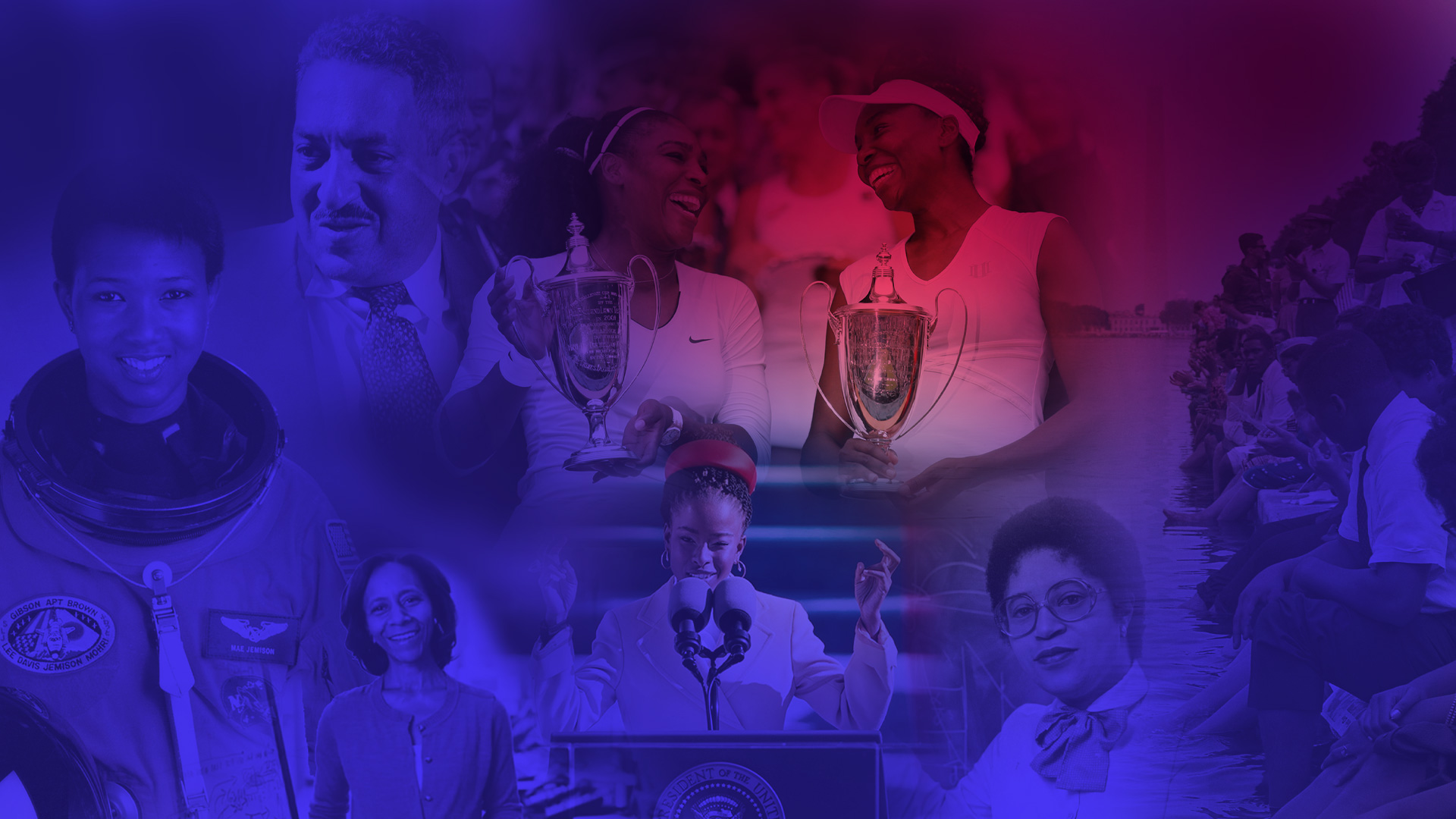 The Phoenix would like to encourage you to join us this month in celebrating and uplifting the contributions and achievements of Black people.

At The Phoenix, we believe that diversity, equity, and inclusion aren’t just buzz words but are our founding principles. We are creating a culture where all team members are celebrated by ensuring that all cultural holidays are recognized, differences are applauded, beliefs are respected and diverging opinions are heard and incorporated in conversations. Black History Month gives us an opportunity to highlight the countless accomplishments that Black people have achieved throughout history. We hope that by celebrating the inventions, discoveries, and influences of Black people, we can help improve societal perceptions and solidify Black people’s place in the history of mankind.

The Phoenix would like to encourage you to join us this month in celebrating and uplifting the contributions and achievements of Black people. Take the time to educate yourself on the disparities faced by the Black community, and ways that you can be an active ally for continued progress toward racial equity.

Please find below a list of must-read books recommended by The Phoenix in honor of Black History Month.

1. How We Fight for Our Lives – Saeed Jones 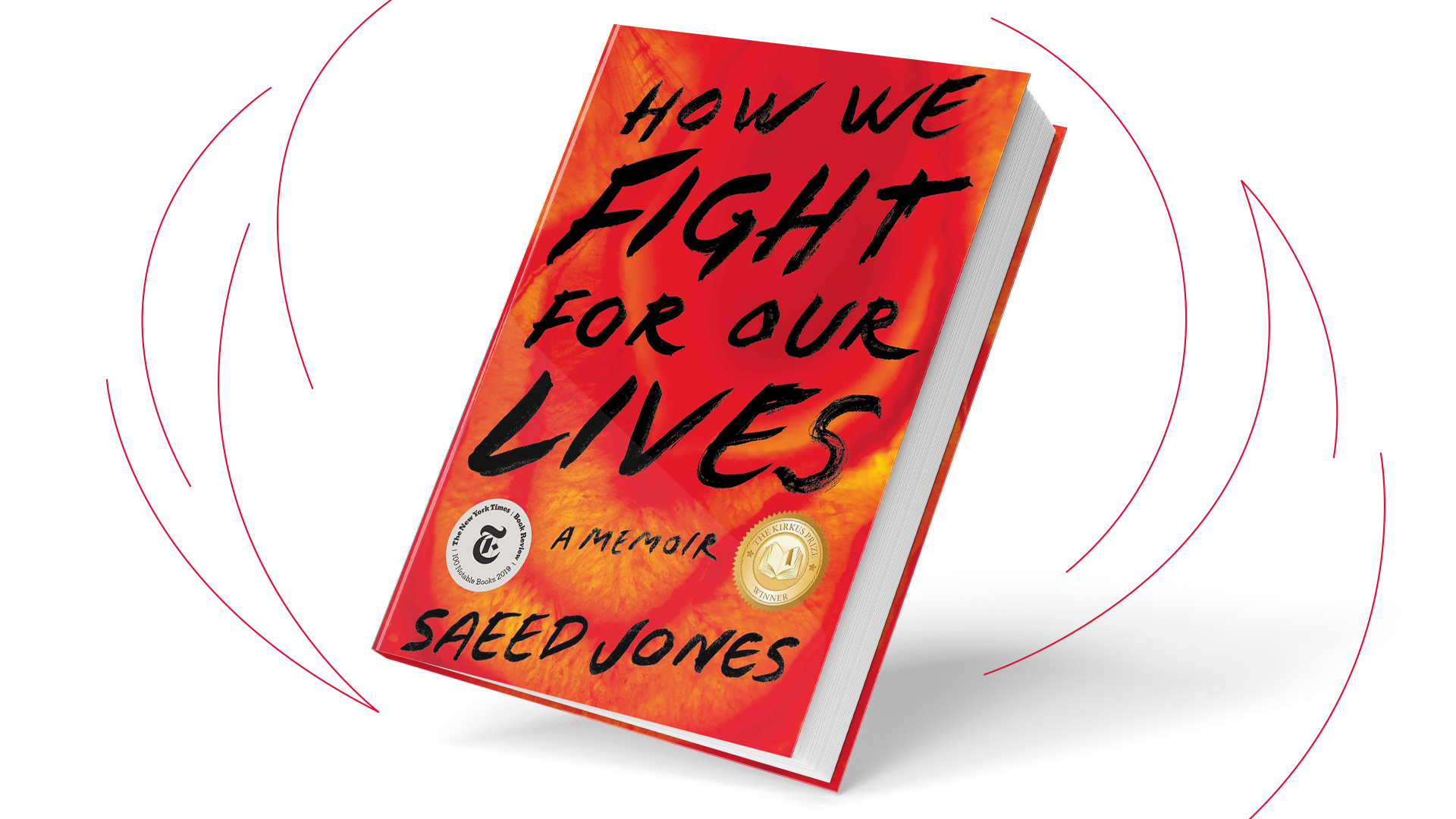 Haunted and haunting, How We Fight for Our Lives is a stunning coming-of-age memoir about a young, black, gay man from the South as he fights to carve out a place for himself, within his family, within his country, within his own hopes, desires, and fears. Through a series of vignettes that chart a course across the American landscape, Jones draws readers into his boyhood and adolescence—into tumultuous relationships with his family, into passing flings with lovers, friends, and strangers. Each piece builds into a larger examination of race and queerness, power and vulnerability, love and grief: a portrait of what we all do for one another—and to one another—as we fight to become ourselves.

2. Across That Bridge: A Vision for Change and the Future of America 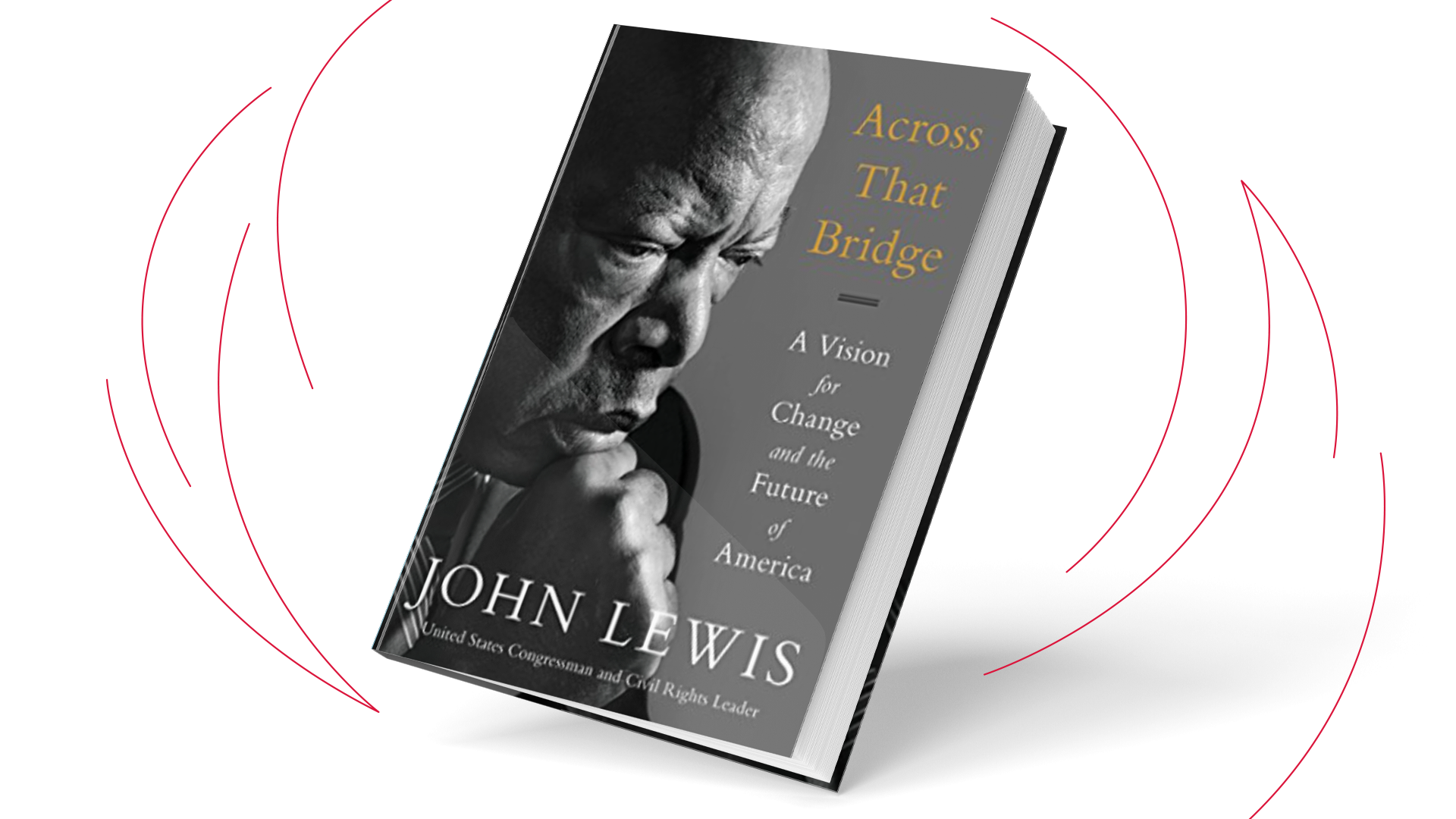 Congressman John Lewis draws from his experience as a prominent leader of the civil rights movement to offer timeless wisdom, poignant recollections, and powerful principles for anyone interested in challenging injustices and inspiring real change toward a freer, more peaceful society. The civil rights movement gave rise to the protest culture we know today, and the experiences of leaders like Congressman Lewis, a close confidant to Martin Luther King, Jr., have never been more relevant. Despite more than 40 arrests, physical attacks, and serious injuries, John Lewis has remained a devoted advocate of the discipline and philosophy of nonviolence. Now, in an era in which the protest culture he helped forge has resurfaced as a force for change, Lewis' insights have never been more relevant. In this heartfelt book, Lewis explores the contributions that each generation must make to achieve change. 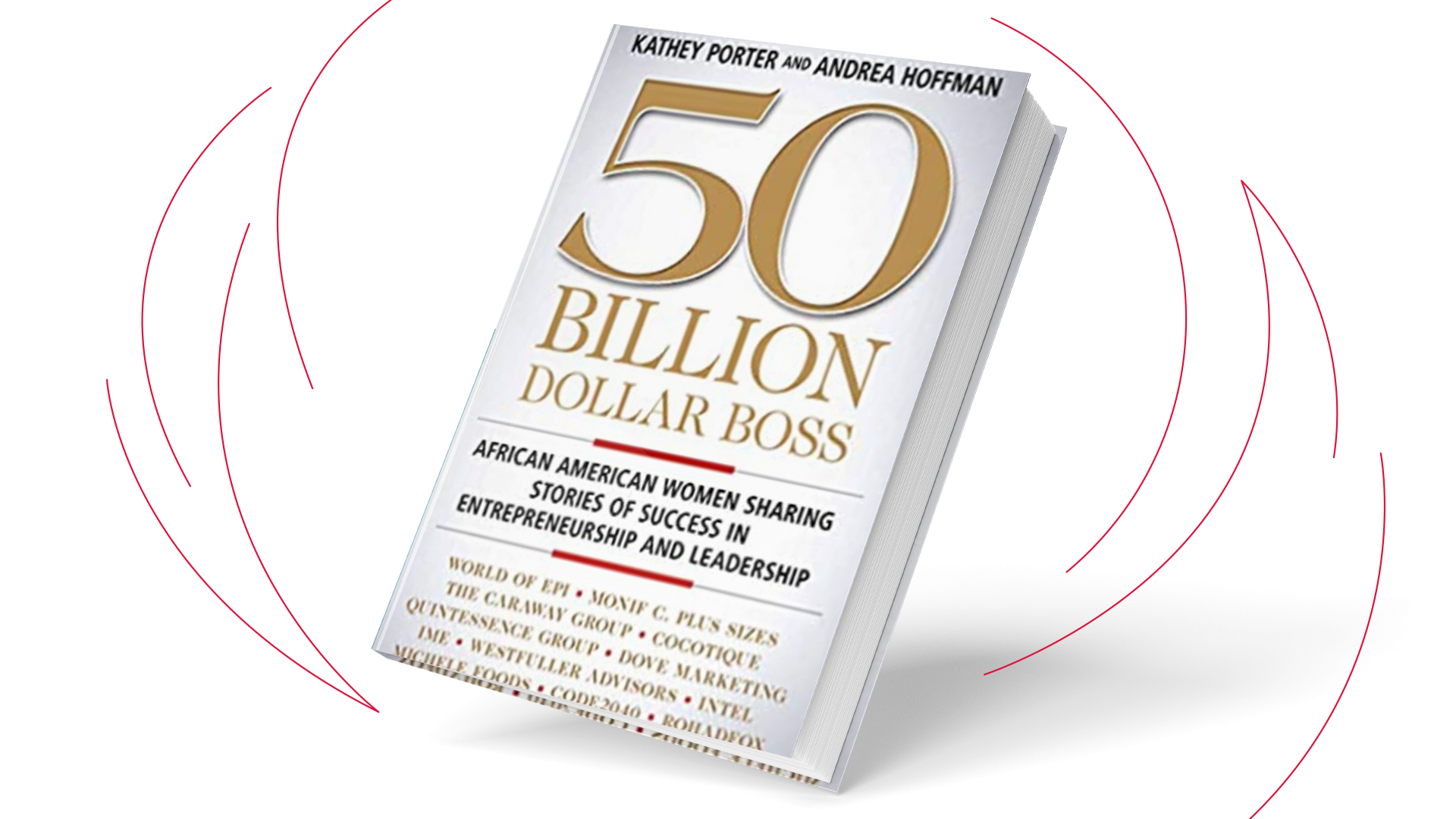 4. Just Mercy: A Story of Justice and Redemption

Bryan Stevenson was a young lawyer when he founded the Equal Justice Initiative, a legal practice dedicated to defending those most desperate and in need: the poor, the wrongly condemned, and women and children trapped in the farthest reaches of our criminal justice system. One of his first cases was that of Walter McMillian, a young man who was sentenced to die for a notorious murder he insisted he didn’t commit. The case drew Bryan into a tangle of conspiracy, political machination, and legal brinksmanship—and transformed his understanding of mercy and justice forever. 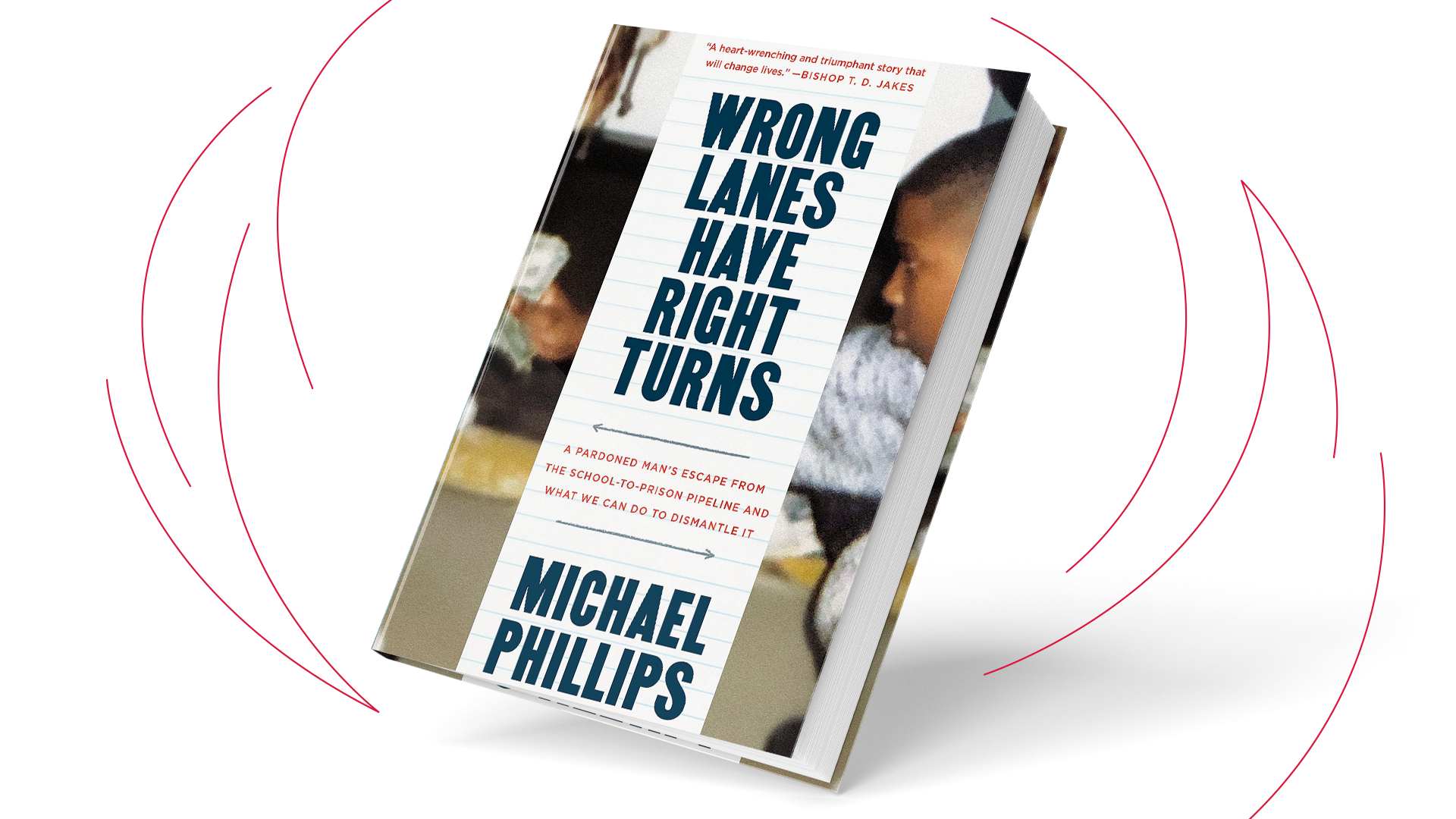 Michael Phillips would never become anything. At least, that’s what he was told. It seemed like everyone was waiting for him to just fall through the cracks. After losing his father, suffering a life-altering car accident, and losing his college scholarship, Michael turned to selling drugs to make ends meet. But when his house was raided, he was arrested and thrown into a living nightmare.

6. A Black Women's History of the United States 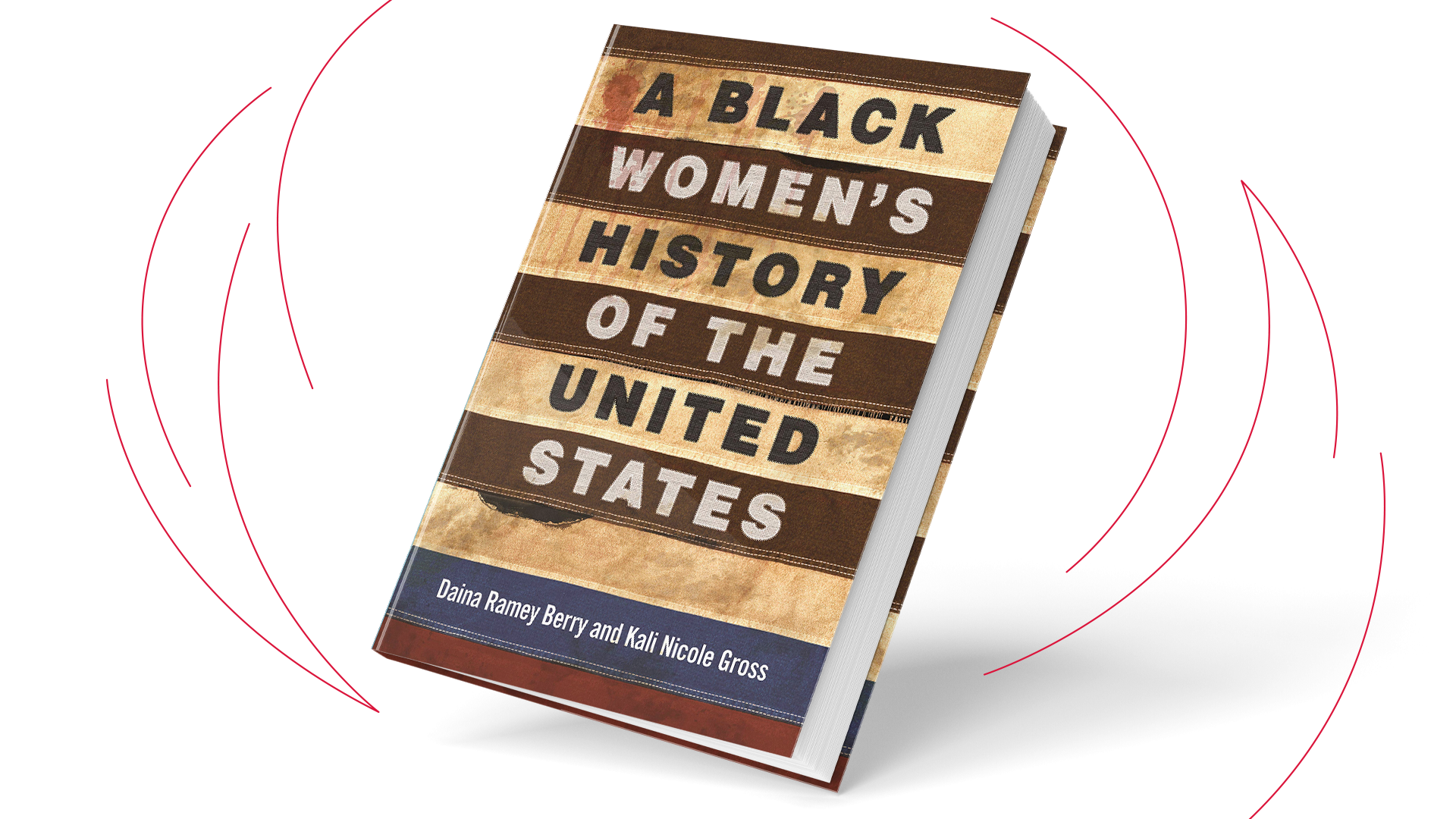 A Black Women’s History of the United States reaches far beyond a single narrative to showcase Black women’s lives in all their fraught complexities. Berry and Gross prioritize many voices: enslaved women, freedwomen, religious leaders, artists, queer women, activists, and women who lived outside the law. The result is a starting point for exploring Black women’s history and a testament to the beauty, richness, rhythm, tragedy, heartbreak, rage, and enduring love that abounds in the spirit of Black women in communities throughout the nation. More than one million women worldwide save and pay off millions in debt and begin planning for a richer life.

7. All about love - bell hooks 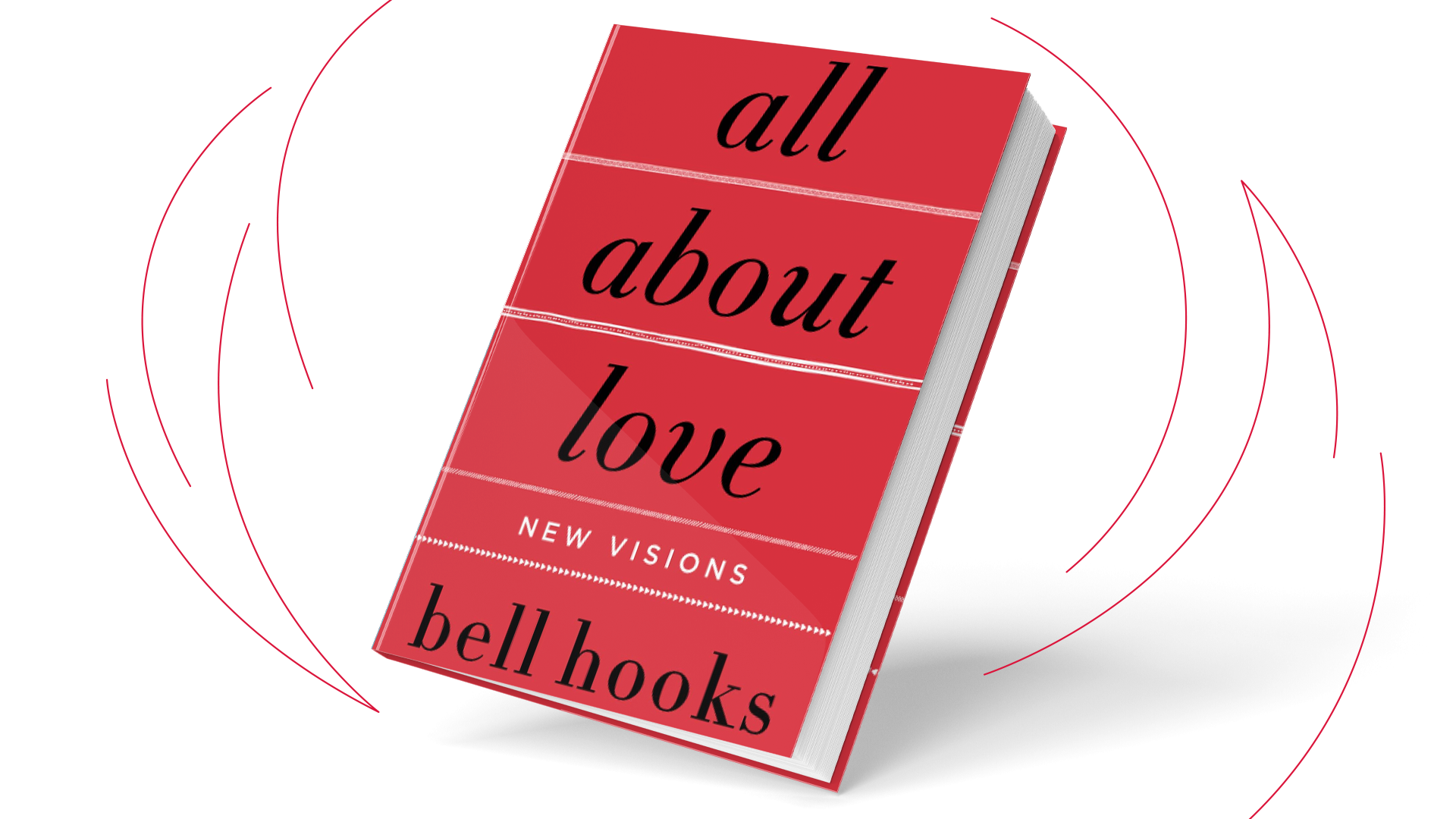 “The word ‘love’ is most often defined as a noun, yet we would all love better if we used it as a verb,” writes bell hooks as she comes out fighting and on fire in All About Love. Here, at her most provocative and intensely personal, renowned scholar, cultural critic and feminist bell hooks offers a proactive new ethic for a society bereft with lovelessness--not the lack of romance, but the lack of care, compassion, and unity. People are divided, she declares, by society’s failure to provide a model for learning to love. 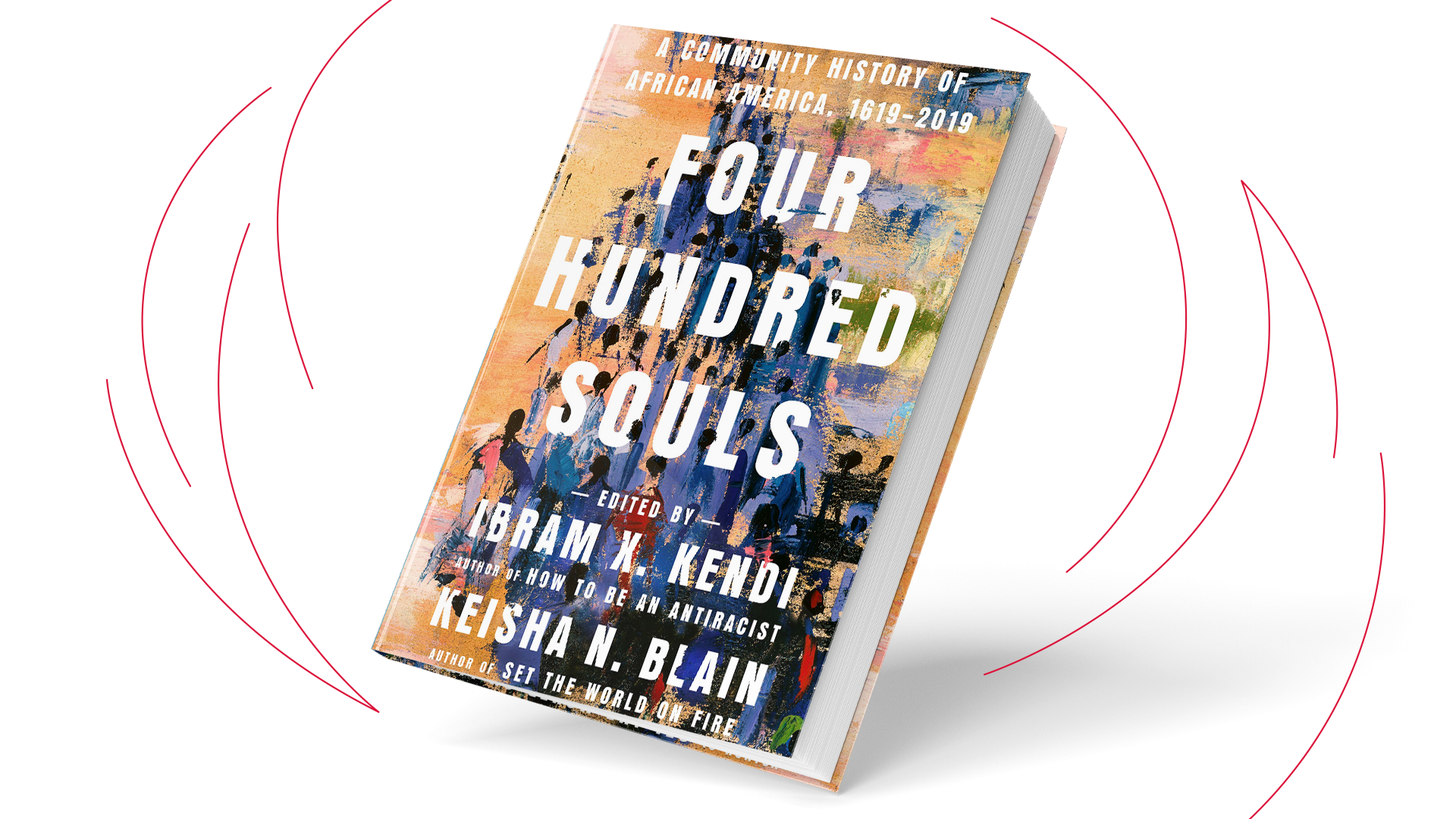 The story begins in 1619—a year before the Mayflower—when the White Lion disgorges “some 20-and-odd Negroes” onto the shores of Virginia, inaugurating the African presence in what would become the United States. It takes us to the present, when African Americans, descendants of those on the White Lion and a thousand other routes to this country, continue a journey defined by inhuman oppression, visionary struggles, stunning achievements, and millions of ordinary lives passing through extraordinary history. 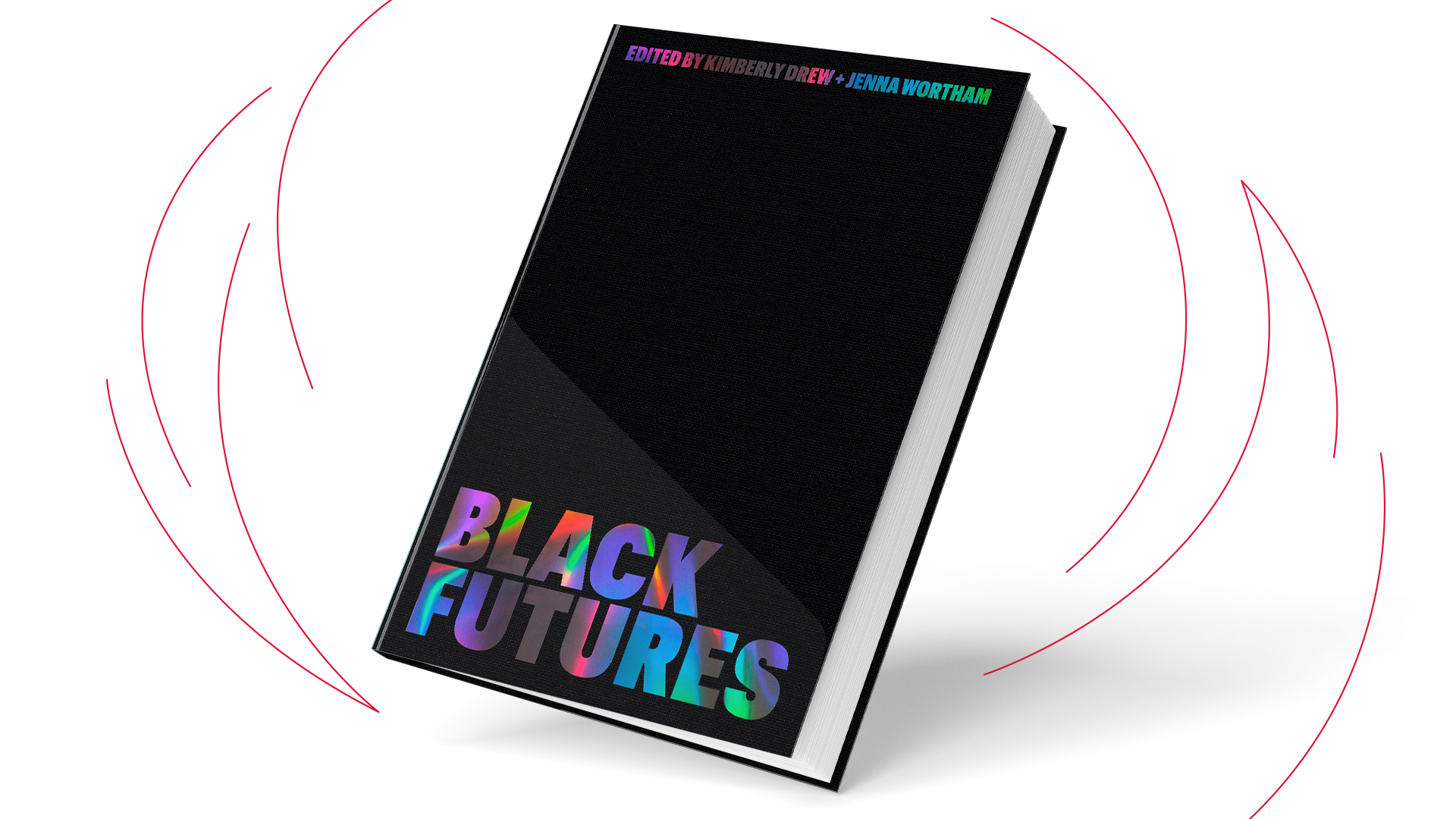 What does it mean to be Black and alive right now? Kimberly Drew and Jenna Wortham have brought together this collection of work—images, photos, essays, memes, dialogues, recipes, tweets, poetry, and more—to tell the story of the radical, imaginative, provocative, and gorgeous world that Black creators are bringing forth today. The book presents a succession of startling and beautiful pieces that generate an entrancing rhythm: Readers will go from conversations with activists and academics to memes and Instagram posts, from powerful essays to dazzling paintings and insightful infographics.

10. Finish the Fight!: The Brave and Revolutionary Women Who Fought for the Right to Vote by Veronica Chambers 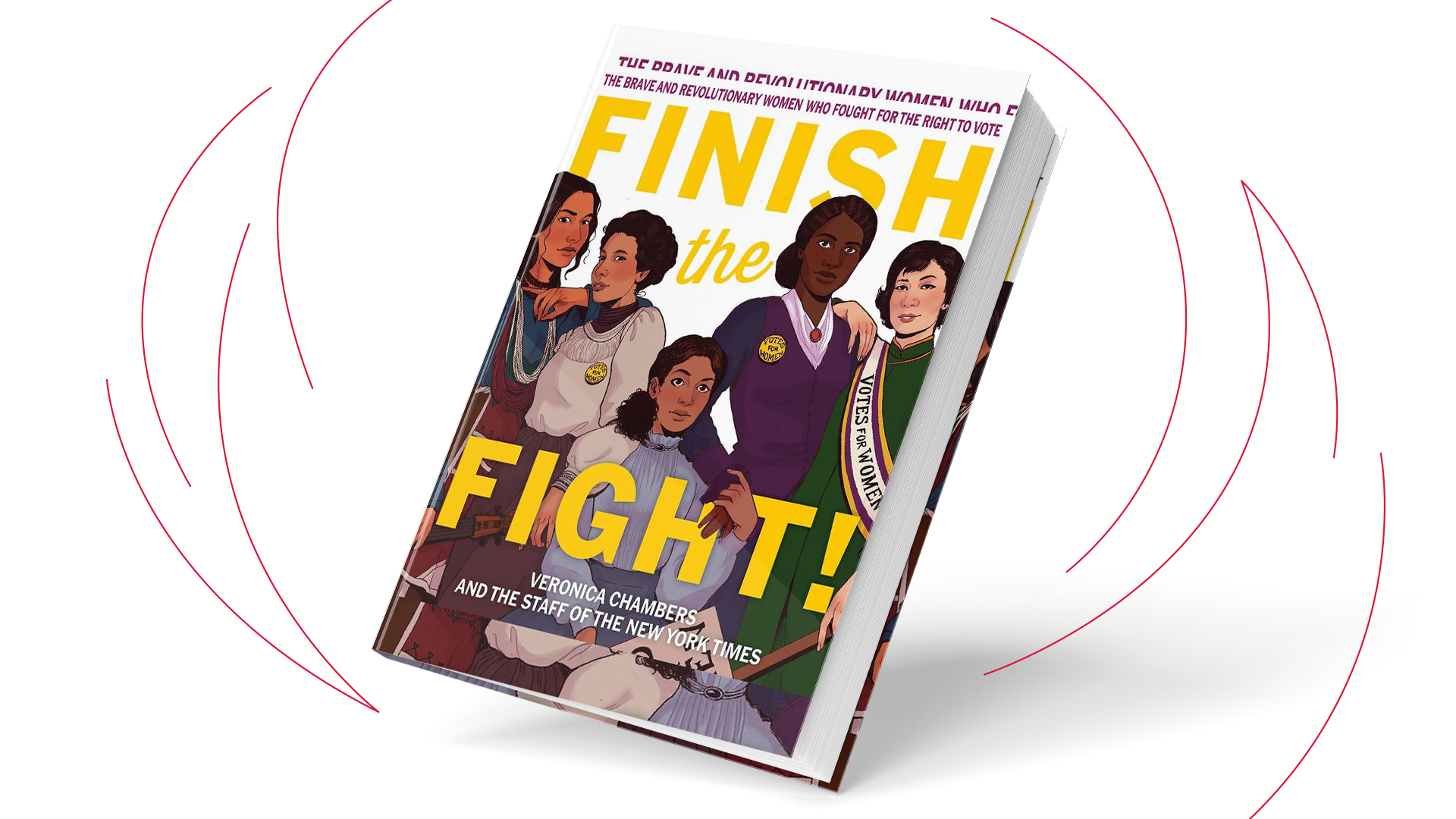 Who was at the forefront of women's right to vote? We know a few famous names, like Susan B. Anthony and Elizabeth Cady Stanton, but what about so many others from diverse backgrounds—black, Asian, Latinx, Native American, and more—who helped lead the fight for suffrage? On the hundredth anniversary of the historic win for women's rights, it's time to celebrate the names and stories of the women whose stories have yet to be told.